Home About the Society 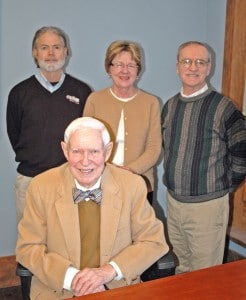 In the fall of 2004, an idea was born which seems destined to provide pride in the historic heritage of Medina, NY and a springboard for worthy civic projects—building on this heritage.

Robert E. Waters, a one-time head of the Medina Armory Action Committee, formed in 1978 to put an abandoned National Guard armory to appropriate public use, realized that the handsome and historic Medina armory was in need of exterior care after a century of use. The Orleans County YMCA (formed around 1980) is currently the occupant and title-holder of the building and it has been a substantial success in giving its program to the public. The “Y” can basically see to interior care of the large castellated structure, but exterior maintenance is on-going and challenging. The Sandstone Society has taken some of this responsibility on its shoulders to support the “Y”. (Funds for this work are a year-to-year challenge.)

Mr. Waters immediately called upon Charles W. Slack, another former chairman of the Armory Action Committee and they brought together about a dozen remaining members of that committee who still have enthusiasm for the beauty of the armory and its history. Thus came into existence THE MEDINA SANDSTONE SOCIETY. It was well received and has taken a major role among civic organizations in Medina.

Regular bi-monthly meetings are held by this Sandstone Society board consisting of: 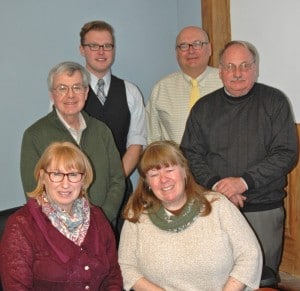