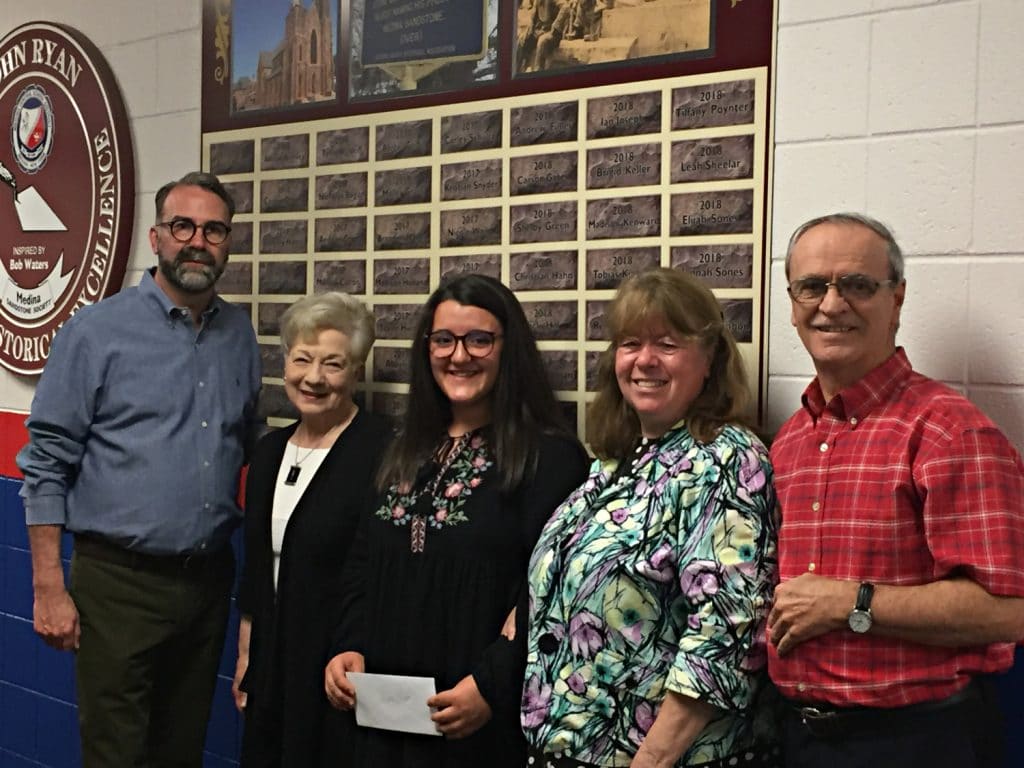 Alissa Blount, a Medina High School senior, is the recipient of the fourth annual John Ryan Scholarship, presented by the Medina Sandstone Society.

The first John Ryan scholarship was awarded in 2015. The award is named for the Medina resident whose sandstone quarry was the first in Orleans County.

Students who receive a John Ryan scholarship have their name placed on the John Ryan Scholars Wall on the second floor of the high school and also have a special medallion attached to their diploma.